Thanks, Amazon, for the Wake Up Call

Thanks, Amazon, for the Wake Up Call

NOW GET READY FOR THE FIGHT OF THE CENTURY

An estimated 50 million Americans tuned in this weekend to watch what many are calling the biggest fight in history. Floyd Mayweather, a 21-year boxing veteran, took on Conor McGregor, a much younger opponent who was entering the boxing ring for the first time, having spent the last 9 years in mixed martial arts. While we were busy entertaining ourselves and predicting who would dominate the ring, another fighter was not-so-quietly preparing for battle in a new arena.

Sitting down with cups of coffee and papers this morning, many of you were rattled by news of Whole Foods’ opening day under their new parent company, Amazon. The most unsettling aspect, of course, was their immediate slashing of prices across their 400+ stores. That makes sense, as Whole Foods no longer has to keep margins sky high in order to placate Wall Street. However, losing money is not a long-term strategy; it’s just Amazon’s early move, but I’m sure they’ll have many moves to come.

Just like Mr. McGregor found out Saturday night, Amazon might soon find that many in this business have woken up to the real possibilities of not only competing against them but hammering back harder than ever, with even closer ties to their community, enhanced friction free transactions, and a tighter integration with the supply chain.

I’ve been in the retail automation business for close to twenty nine years. I can tell you from the ground floor up that I’ve never seen more focus, determination and activity with local and regional retailers who are ready and willing to make the necessary changes to fight and win back the market share that’s been lost to national competitors. This same spirit can be found in their determination to block the emerging threat that Amazon represents.

For far too many years, the industry has become complacent with technology, more of a “me too” détente approach. Now we see these same retailers, not looking to duplicate what their national competitors are doing, but instead wanting to innovate and outpace their more sluggish and larger counterparts. They understand that their national counterparts are bulky and too cumbersome with silo-based, disparate systems.

The national players are indeed vulnerable to a very real threat of their smaller, more nimble local and regional players’ willingness to quickly unleash powerful technology at the forefront of their local and regional brand. In many ways we have Amazon to thank; they alerted us all to the very real possibility that bigger is not what makes us better. Simpler, hassle-free, local shopping defeats bigger every time.

SUPPLIERS AND CPGS ARE PART OF THE WINNING FORMULA

The supplier wins when the local and regional retailer wins. CPGs also have much to gain by having a diverse and healthy local and regional retailer base. As the battle heats up, suppliers, CPGs and retailers will need tighter automation between them, which means many of the archaic and labor intensive approaches to linking suppliers to retailers will be replaced with more automation and an effortless flow of bidirectional data.

The point at which the supply chain ends and the retailer begins must, and will, dissolve, if only from competitive necessity. After all, most suppliers only succeed when the stores they supply win. CPGs also win when their brands get the attention, devotion, and shelf space, and the more diverse the retail landscape, the more assurance we have that not any one or two national players could actually kill or control a CPG brand.

THE PACE OF INNOVATION WILL DEFINE THE WINNER

What Amazon has realized, and what continues to drive their success, is that they are determined to control the narrative. Rather than waiting for competition to innovate and then playing “catch up”, Amazon is proactively looking for ways to make retail easier, to make retail better.

This alone is the key for local and regional grocery retailers looking to remain competitive and take back the narrative. Now it’s time to make the moves necessary to outpace the pacesetter.

THANKS ARE IN ORDER ... BUT THE BATTLE HAS JUST BEGUN

Thank You, Amazon. Thank you for the wake up call for which this age-old industry was long past due. Thank you for entering a foreign arena and issuing a challenge to anyone who has gotten too comfortable, too complacent. Thanks for the shake up.

But with that in mind, it’s time for local and regional retailers to keep questioning the status quo:

Whether Amazon will win or lose this fight has yet to be determined, but we do know one thing: Many local and regional retailers will only become better in the battle ahead, and you can bet your bottom dollar that they won't go down without one hell of fight - my bet’s on them winning and winning big.

Pete Catoe is Founder and CEO of ECRS®. In 1989, as a young entrepreneur, he began a journey that would lead to what ECRS is today – an award-winning, innovative retail automation company with thousands of installations throughout the U.S., Canada, and the Caribbean.    Read More

More Blog Posts In This Series 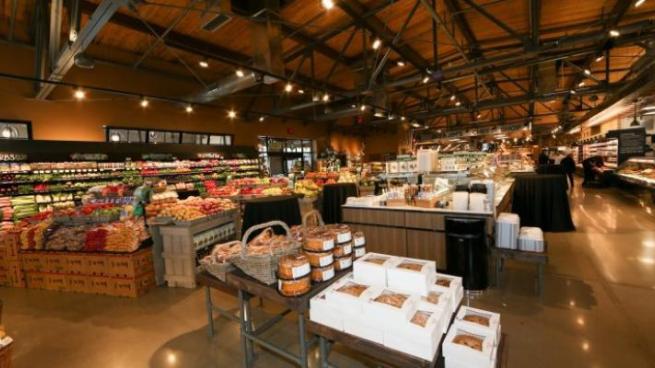 The Revolution Will Not Be Televised 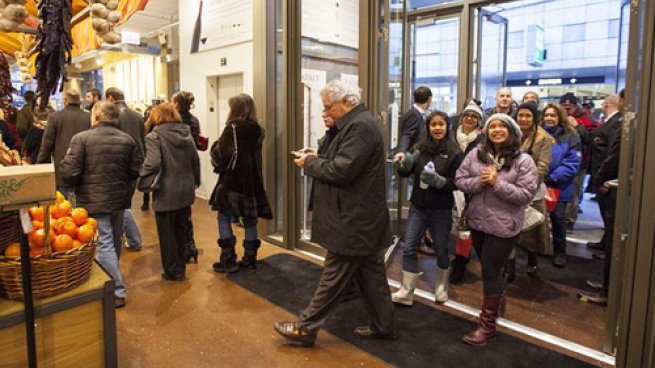 Grocers: 7 Simple and Affordable Ways to Boost Your Customer Experience

Having a better checkout and store visit experience 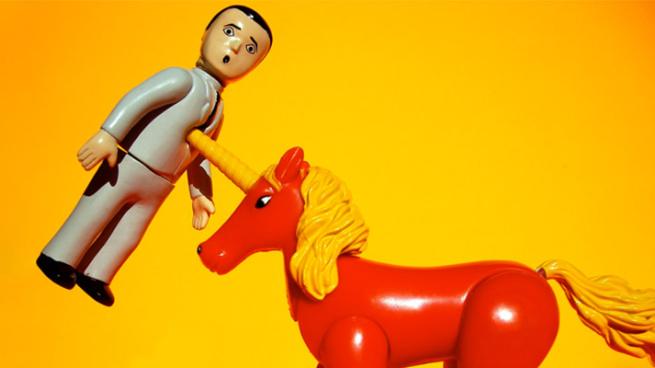 Why I Don’t Believe in Unicorns

Grocers: Never Place a Unicorn, or “Big Tech”, Between You and Your Customers

Pete Catoe is Founder and CEO of ECRS®. In 1989, as a young entrepreneur, he began a journey that would lead to what ECRS is today – an award-winning, innovative retail automation company with thousands of installations throughout the U.S., Canada, and the Caribbean.    Read More
Send a Message